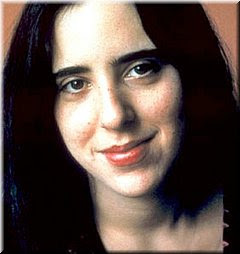 Well, I see Laura Nyro's been nominated to the Rock and Roll Hall of Fame.  And it's about time -- though I fear that she won't be inducted.  Her greatness is indisputable, but popular success always eluded her, despite the fact that she is one of the three greatest female rock songwriters of her era.*

Nyro** grew up in the Bronx and was a child prodigy, teaching herself piano and writing songs starting at the age of eight.  In 1966, she sold her first song "And When I Die" to Peter Paul and Mary*** and started performing professionally.  Her first album, More than a New Discovery**** was recorded that year. It included "And When I Die," and "Wedding Bell Blues," which the 5th Dimension made into a solid hit.  The album did so-so, but Nyro wasn't happy with it, disliking some of the artistic decisions.

But Nyro had caught the eye of David Geffin, who took over her management and got her signed to a long-term contract with Columbia Records that gave her the artistic control she wanted.

The results were spectacular.  Her first album for Columbia, Eli and the Thirteenth Confession, was a revelation, containing three hit singles -- for other artists.*****  She topped that with what is usually considered her best, New York Tendaberry.  Her next, Christmas and the Beads of Sweat, spawned her only single to make the charts, "Up on the Roof" (ironically, a cover song by a talent who made her name writing songs for others to cover).

Nyro mixed pop, jazz, soul, R&B, spirituals, and everything she could find into a tuneful delight, all sung in her pure, soulful voice, which was a thing of beauty in itself.  She usually accompanied herself on solo piano, but was happy to use a band when necessary.  Critics and musicians raved about her, but she never found popular success.  Part of this was that she was a reluctant performer, and rarely appeared on television.  The click below is one of the few, a version of "Save the Country."

The next year, she recorded an album of cover songs with Labelle that was, in a way, treading water, and after it was done, she announced her retirement from music in 1971.  She was 24.

Of course, such things never stick, and she was back recording in 1976, and she released four originals, plus a live album, from then until 1996, when she was diagnosed with ovarian cancer.  Her final album was put on hold and finally released in 2001.  Several compilation albums have come out, choosing the best of her work.

Nyro never got the success she deserved.  Some of it was due to her own idiosyncrasies.§ But part of it was that she just was out of step with the popular mind.  It would be wonderful if the Hall sees fit to reward excellence.

*The other two:  Joni Mitchell and Carole King.

**Born Lauro Nigro, so you can see why she took a stage name.  She pronounced it like the Roman emperor.

***It later became a success for Blood Sweat and Tears.

*****"Eli's Coming" for Three Dog Night and "Stoned Soul Picnic" and "Sweet Blindness" for the 5th Dimension, who owed their career to her.

Posted by Chuck Rothman at 7:33 PM