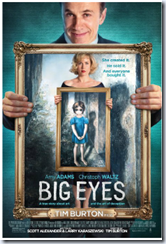 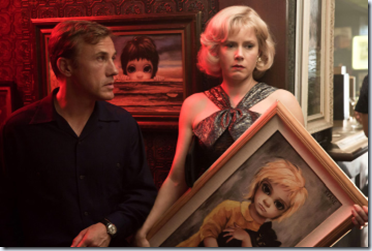 Posted by Chuck Rothman at 2:15 PM No comments:

Raggedy Man is a low-key film with some great performances and memorable moments, dealing with the human side of

Nita (Sissy Spacek) is a divorced mother of two, living in a small town in Texas during World War II. She works as the town’s only telephone operator*, unable to leave the job because her boss tells her it’s frozen due to the war. Teddy (Eric Roberts), a young sailor comes to town, looking for a phone. He’s calling his girlfriend, who breaks it off.  With nothing better to do, Teddy remains, bonding with Nita’s two sons Harry (Henry Thomas**) and Henry (Carey Hollis, Jr.). But gossip arises as Teddy become friendly with Nita.  At the same time, a couple of the village tough me (Tracey Walter and William Sanderson) have ideas about what a divorced woman might want in a time when divorce was disgraceful. And then there’s the mysterious Raggedy Man (Sam Shepard), who lurks around the town.

Spacek is at the top of her form: vulnerable, shy, and frustrated by the difficulties of her position.  She and Roberts make a charming couple and the movie works as a slice of life of the time.  Sanderson and Walter are great character actors, brining plenty of menace to their roles.

First-time director Jack Fisk was (and still is) married to Spacek.  It wasn’t blockbuster, which isn’t surprising: Americans don’t flock to the type of character centered film this was.*** Fisk only directed a few more times before turning to some success as a production designer.

But this is a movie with a lot of good things, and a few surprises.

**Despite the telephone switchboard, he doesn’t phone home.

***The ending may have been added to help counteract this. It has action and drama, but does contrast from the gentle observation of the rest of the film. 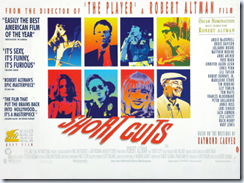 Robert Altman is one of the most underappreciated of all great American directors. He never won an Oscar, and few of his movies were hit, but he had a distinct style and always tried to do something more than just the usual. Short Cuts is one of his best efforts, and one that seems to be fading from memory.

It’s not easy to describe the plot. Altman took several stories from Raymond Carver and put them together. Carver was well-known in literary circles, who considered him a master of the short story.* Altman took these stories and used them to create a mosaic of life in Southern California in the 80s.

The characters are introduced, skillfully drawn and then go about their lives, often intersecting with one another in mundane and tragic ways. There are affairs, and death, and plenty of surprises.  It’s a rather bleak landscape overall, but the film is emotionally affecting.

The multiple storylines was a trademark of Altman, who did it better than anyone. The fact that he was well respected is shown by the names in the cast, most of whom worked at far less than their usual rate for the chance to direct. He was known to encourage improvisation, and, of course, was the greatest director of overlapping dialog since Howard Hawks.

The movie gained ecstatic reviews from critics, but was overlooked when it came to the Oscars.  Altman got a nomination (but lost, of course), but nothing else. Part of that was the ensemble cast: great performances, but as a group. The Golden Globes recognized that and gave an award for best cast.

The film, like most of Altman’s did poorly at the box office.** The movie had an R rating, which didn’t help, and was over three hours long. And it was probably hard to market to people who were looking for a more traditional film.

But it’s an example of a genius at the top of his form taking the works of a genius and making a masterpiece.

**Altman’s one big hit was M*A*S*H. He later said that it was its success that got him financing for other projects because people would think he might repeat it. Altman himself did not make anything other than his original directing fee; he said years later that his son made more money than he did from the movie: his son had written lyrics for the theme song, so got residuals whenever it was played on the TV show.

Posted by Chuck Rothman at 6:47 PM No comments: