(2000)
Directed by Don Roos
Written by Don Roos
Starring Ben Affleck, Gwyneth Paltrow, Natasha Henstridge, Tony Goldwyn
IMDB Entry
Bounce is based on an intriguing premise.  Buddy Amaral (Ben Affleck) is an adman, celebrating signing a big contract with an airline when the flight is delayed.  He runs into Greg Janello (Tony Goldwyn), a family man who is disappointed that he won’t get home in time to spend time with  his son.  Buddy decides to do a good deed:  he pull strings and switches tickets with Janello.
But the plane crashes.  Janello’s wife Abby (Gwyneth Paltrow) is devastated by the news.  Buddy feels guilty, especially after an ad campaign he designs glosses over the accident.  At the Clio Award ceremony, Buddy, drunk and guilty, acts out* and starts a fall into deep guilt.  He arranges to meet with Abby.  And slowly, they fall in love.
This is one of Ben Affleck’s best performances.  His Buddy is a flawed man, but one who wants to do the right thing, and has to tear his life apart before he’s finally able to do it.
Gwyneth Paltrow was at the top of her game here.  Her Abby also is filled with guilt, since she had wanted Greg to come home early, and her emotions when she’s waiting and hoping that Greg somehow survived are heartbreaking.
Director Don Roos had already scored with The Opposite of Sex. Bounce moved away from the comedy in that film into one of pure drama.  The film was a minor success, but not what it deserved to be.  Despite its heavy background, it’s really a romantic comedy without the comedy part, but which delves deeply into how a relationship can develop.
__________________________________________
* As bizarre as his actions are, they are nothing like the debacle of the 1991 Clio Awards, where the entire ceremony – starting late and with none of the organizers showing up – ended up as a drunken fiasco where people started just grabbing awards and taking them home.
Posted by Chuck Rothman at 7:47 PM No comments: 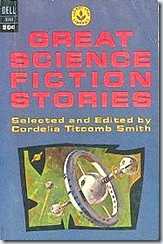 In 1964, I went off to Camp Wawokiye on Nassau Point on Long Island.* We were only allowed to bring one book with us for the entire summer.  For someone who had turned into a voracious reader, that was an agonizing lack of material.  My choice was a new anthology of stories of the favorite type of reading, Great Science Fiction Stories.
The editor, Cordelia Titcomb Smith is something of a mystery.  Her biographical blurb indicates that she was a librarian at the Lucas County Library  in Maumee, Ohio, in a role that nowadays would be called a specialist in YA fiction.   She had never been connected with any other SF book.**
The publisher, Dell Books, was a major paperback house in its day, but which rarely published science fiction.  This was part of their Laurel Leaf Library, which fits in the the YA feel.
But whatever the origins, the book took some of the best stories and authors from early SF and put them into paperback.  The table of contents reads:
If you know anything about science fiction at all, you know half these writers:  Asimov, Heinlein, Wells, Clarke, Verne.  Poul Anderson is also a great one, though less know to the public at large.  Zenna Henderson made a reputation for her “People” stories (of which this is one) about aliens stranded on Earth.  Nelson Bond is successful but underrated.***  P. Schuyler Miller was book reviewer for Analog for years; this is the only example of his fiction I’ve come across.
And the stories!
And then there’s “Nightfall,” certainly one of the top ten stories of the Golden Age, and one that packs a punch even now.
I read these stories over and over that summer, in among the swimming and Nok Hockey games.  I was a fan of SF already, but the book made me a fan for life.
_________________________________________
*Located in the hamlet of Peconic.  Its most famous resident was Albert Einstein, who spend the summer of 1939 there.
**Other than the UK version of this one, entitled The Best Science Fiction Stories 3.  It also looks like she co-wrote something in 1947 called Paul Bunyan in Geauga County, which seemed to be self-published.
***As I write this, I’m reading Bud Webster’s Past Masters and other Bookish Natterings about forgotten SF writers (highly recommended).  He covers Bond and I couldn’t recall ever having read him until I started on this entry.
Posted by Chuck Rothman at 10:22 PM No comments: 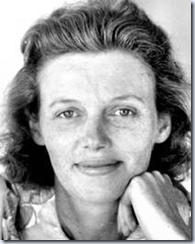 Erma Bombeck was America’s most popular newspaper humorist in the 60s and beyond, with a column of life as a suburban mom.  I grew up on Long Island and thus was familiar with her work from the beginning, since it appeared in Newsday in the mid-60s.  But I was never impressed by her because, you see, I had read Jean Kerr.*

Kerr was born Bridget Jean Collins in Scranton, PA and went on to get a master’s degree in Catholic University in Washington, DC, where she met and married a professor, Walter Kerr.  They moved to New Rochelle, NY, where Jean raised six children – and began to write about her experiences as Walter established himself as a drama critic.**

Kerr started out by writing plays, with a couple of

Broadway flops in the 40s.  Her marriage to Kerr meant she would make the rounds of Broadway parties, where she gained a reputation for being one of the theater crowd’s funniest people. After contributing sketches to a couple of successful revues, her first full-length success came in 1954 with King of Hearts.  By this time, and she had begun writing humorous essays on life in the suburbs for various magazines.  In 1957, these were gathered together into a single book:  Please Don’t Eat the Daisies.

The book made her a success outside of New York. It was an immediate best seller and spawned both a hit movie (with Doris Day and David Niven) and a successful TV series.

Kerr continued to write for Broadway.  Her musical, Goldilocks, was a small success, and she ventured into essay territory with The Snake Has All the Lines.***  While not as big a success as Daisies, it still showed she was an incredibly funny writer.

Kerr, though was more interested in Broadway and, in 1961, her play Mary, Mary opened to great success, running over three years and closing as the forth longest-running non-musical play on Broadway.

She had two more collections of essays, Penny Candy and How I Got to Be Perfect, and three more plays: Poor Richard, Finishing Touches, and Lunch Hour.  The last was about a couple whose spouses were having an affair, and who started one of their own to get back.  It starred Gilda Radner post-SNL.****

At that point, Kerr retired.  I don’t know why she choose not to write, but it was a loss to comedy and Broadway.  She died in 2003.

**Later to become the most powerful drama critic in New York as chief critic for the New York Times.

***The title comes from a story she told about her son, who was cast as Adam in the church play.  She was complimenting him on getting the part:  “That’s the lead.”  Her son looked glum.  “Yes, but the snake has all the lines.” 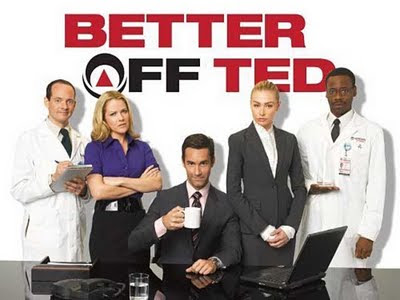