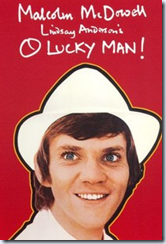 In 1968, British director Lindsay Anderson had a success with the movie, If…, starring Malcolm McDowell in his first major film role as a British schoolboy who ends up leading a bloody revolution against his school.  McDowell want to work with Anderson again, and the director suggested he write a screenplay based upon his life so far. A few years later, McDowell, now a big name after his lead role in A Clockwork Orange, handed a treatment to screen writer David Sherman.* The result was O Lucky Man!

In the meantime, Anderson had struck up a friendship with songwriter Alan Price, planning a documentary about the band touring England. That fell through, but Anderson decided to ask Price to write the songs for the movie.  These were quickly included and an album released.

The movie is hard to describe.  It shows Mick Travis** trying to find his way in life, starting out as a coffee salesman*** and moving on, trying to keep his principles in a world where success requires he ignore him.  It’s a very picaresque movie, where Mick goes from one thing to another, some real, some surreal. Actors play multiple characters throughout the film and there’s an allegorical subtext about the entire enterprise.

The final scene is memorable:  Travis ends up at a casting call, where a director (Lindsay Anderson) is clearly casting If…

Throughout, the Alan Price songs comment on the action.

The movie was a critical success and eventually Anderson and McDowell were reunited for a third Mick Travis film,Britannia Hospital.  The three films a a long allegory about life in the UK in the 60s, and are fun to watch on many levels.

**The same name of McDowell’s character in If…

***A job McDowell had before he became an actor. 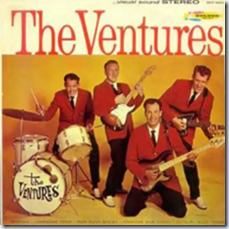 One of my jobs at my college radio station was to listen to new albums as they came in, pick the top tracks, and decide if we wanted to keep them. One day a new album came in from a group I had thought was washed up years ago. But playing it, I discovered that, even though they seemed to be relics of the past, they were still able to put out some excellent stuff, and I immediately gained a new respect for them.  That group, of course, was the Ventures.

The group was formed by Don Wilson and Bob Bogle in 1958.  Wilson and Bogle were both guitarists; they added Nokie Edwards as bass, and Howie Johnson as their drummer.  Edwards later switched to lead guitar, with Bogle picking up the bass.

Their first single, “Walk Don’t Run” was a major hit.  Like most of the Ventures’ work, it was an instrumental and a cover, but it put the group on the map. The Ventures helped to develop the “surf music” sound that the Beach Boys made their own.

After getting hurt in a car accident, Howie Johnson stepped out, and Mel Taylor replaced him to form the longest lived lineup of the group.

The Ventures were nothing if not prolific. They did dozens of studio albums in the 60s, 3-5 a year.  It probably helped that they were a cover band, which allowed them to keep up that sort of pace.  But they didn’t remain in the public consciousness.  Their albums* did OK, but they had very little success on the singles charts. They fell out of consciousness until 1969, when they were tapped to play the theme song for a new TV show.  “The Hawaii 5-0 Theme” was their biggest hit and what they’re best known for today.

The group is known for pioneering new musical ideas. They created concept albums, with The Colorful Ventures in 1961** and were one of the first to use a fuzzbox.

Though the group stopped making the charts with “Hawaii 5-0,” the continued to perform and record and were especially popular in Japan.***

The group was inducted into the Rock and Roll Hall of Fame in 2008.  They continue to tour today (mostly in Japan), with Don Wilson still taking part.

*They were primarily an album band, unusual for the early 60s.

**Each song had a color in the title.

*** Since they mainly did instrumentals, the language barrier isn’t an issue.

Posted by Chuck Rothman at 2:14 PM No comments: 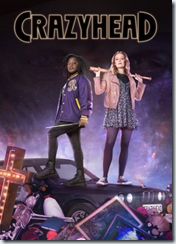 Posted by Chuck Rothman at 8:43 PM No comments: