In memory of Mike Connors.

It’s funny what impresses you about a TV show when you’re a kid. I remembered Tightrope for one reason:  the place where the hero kept his gun.

The premise was that Nick (Mike Connors) was an undercover cop, going on one job after another to try to stop various criminal schemes.* He was in deep undercover, and sometimes the local police didn’t even know his identity. That was the tightrope:  he had to walk the line between the law and the criminals.  The criminals would kill him if they discovered he was a cop, while the cops often didn’t know he was on their side.

The series was done in hard boiled style. Nick would narrate the adventure as he infiltrated criminal gangs by showing his toughness and sardonic one liners.

The half-hour stories had Nick getting in close with the criminal gang, and then managing to stop their efforts. He was smart and tough.  Much of the tension was the cat and mouse game Nick was forced to play to stop the criminals without being discovered.

This was Connor’s first starring role. He had come up in films in the fifties** and was doing various guest stints up until this time.

The show ran for a year and was cancelled despite good ratings.  It came along in the last years of advertisers sponsoring a show.  CBS wanted to move it; one of the advertisers balked and the show was cancelled.

Oh, and the gun?  Nick kept it in a special holster on the back of his belt. When he was frisked, people would find a shoulder holster (or nothing) and figure that was it.  Nick would then draw his gun when needed. That was very impressive to a ten-year-old me.

Connors continued doing the guest star route until cast as the lead in the 60s series Mannix,*** where he became a TV icon.****

**Starting out billed as “Touch Connors.”  He had the same agent as Rock Hudson and Tab Hunter.  Conners was born Krekor Ohanan, and picked up “Touch” as a nickname in college.  By the time he made Tightrope, he had ditched “Touch” and was billed as “Michael Connors.”

****People don’t remember how the show changed between the first and second season. The first year, he was part of a big, high-tech (for the time) detective firm, but that was all dropped the second year when the show was revamped and he became a classic private eye. 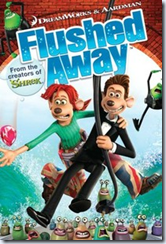 Posted by Chuck Rothman at 6:53 PM No comments: