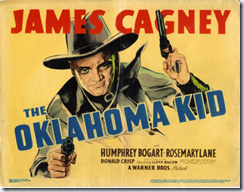 Posted by Chuck Rothman at 7:08 PM

Marlon Brando was to actually hand back 40 acres of land to Native Americans years later.