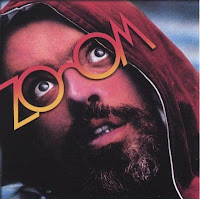 I’ve always been attracted to weird music.  And as this Christmas season is upon us, I started thinking about Root Boy Slim.

Root Boy was born Foster MacKenzie III.  As his real name might indicate, he was raised in a wealth family, in private schools and eventually at Yale.*  But Root Boy was too wild to stick with his WASP upbringing; he loved being outrageous and shoking and soon was fronting a blues band.

After school, he moved home to the Washington, DC area** and formed “Root Boy Slim and the Sex Change Band” which developed a reputation for bizarrely theatrical shows and songs about politics an culture.

A self-published record was noticed by Warner Brothers Records, and Root Boy was signed to a contract.  The single was the delightful “Christmas at Kmart.”


The album was filled with songs scornfully commenting on the current scene.  The most successful song was “Boogie ‘Til You Puke,” a scathing takedown of the college disco scene.  Other songs included “I Used to be a Radical,’' “Dare to be Fat,” and “You Broke My Mood Ring.”  Toot Boy had a growly blues voice*** and looked far from a rock star.  His songs were fairly witty, but though the album had some airplay, it was not a success.


**Once, high on LSD, he jumped the White House fence and actually made it to the door. He was diagnosed with schizophrenia.

***Similar to Captain Beefheart, though the Captain was a far more original songwriter.

****He once appeared in the Albany area as “Root Boy Slim and the Black Silk Stockings.”
Posted by Chuck Rothman at 10:17 PM