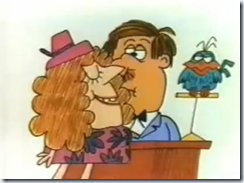 so Crunch Bird II, Yetta the Yenta, The Mad Baker, and The Golfer***. were all screened in theaters? I'm only asking since there seems be hard to find any accurate information about there screenings?