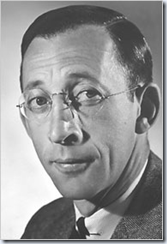 Charles Lane was the king of the bit players.  It wasn’t until late in life that he had a role he could be identified with, but from the 30s to the 60s he was one of the busiest names in Hollywood:  he appeared in 10 films in 1939 alone.

Lane was born in San Francisco and started out as an insurance salesman.  But the stage beckoned.  Lane made an impression and started appearing in films in 1931.  He became a reliable actor for bit parts; many of his early work only required one or two lines.

Lane’s appearance stood him in good stead.  Even when young, he had a hawklike profile and a scowl and facial shape that made him stand out. His voice was distinctive – an unforgettable gravelly snarl.  You can often pick out his early appearances by his voice alone.

He worked hard.  He has talked about how he would sometimes show up in the morning on the set for one movie, say his one line, then go to another studio in the afternoon to do the same thing.

Some of the classic films he appeared in include 42nd Street, Gold Diggers of 1933, Twentieth Century, Mr. Deeds Goes to Town, Nothing Sacred, You Can’t Take it With You, Mr. Smith Goes to Washington, Ball of Fire, and It’s a Wonderful Life.*

Lane usually played crotchety characters, and when TV came into play, he moved over seamlessly. Whenever someone needed a crusty authority figure to be exasperated by the show’s star, Lane would get the part.  He appeared in most comedies of the 60s, the first person producers called when they needed a curmudgeon.

It wasn’t until 1963 that he got an identifiable role as Homer Bedloe in Petticoat Junction.  Bedloe was always trying to shut down the Cannonball and made a wonderful foil – gruff and sarcastic and always thwarted.  In real life, though, Lane was known to be just the opposite as his sourpuss screen presence – which makes sense; you don’t get that many roles if people don’t like you.

Off-screen, he was one of the founders of the Screen Actors Guild.

Lane stopped getting roles when he reached his 90s (though even at age 100, he announced he was still available, and his last screen credit -- narrating a short film – was in 2006).  He died at age 102, leaving behind over three times that number of performances to savor.

Posted by Chuck Rothman at 3:26 PM