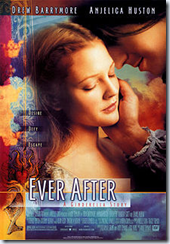 Posted by Chuck Rothman at 9:38 PM

"Just breathe." Yes, this was an underrated film.