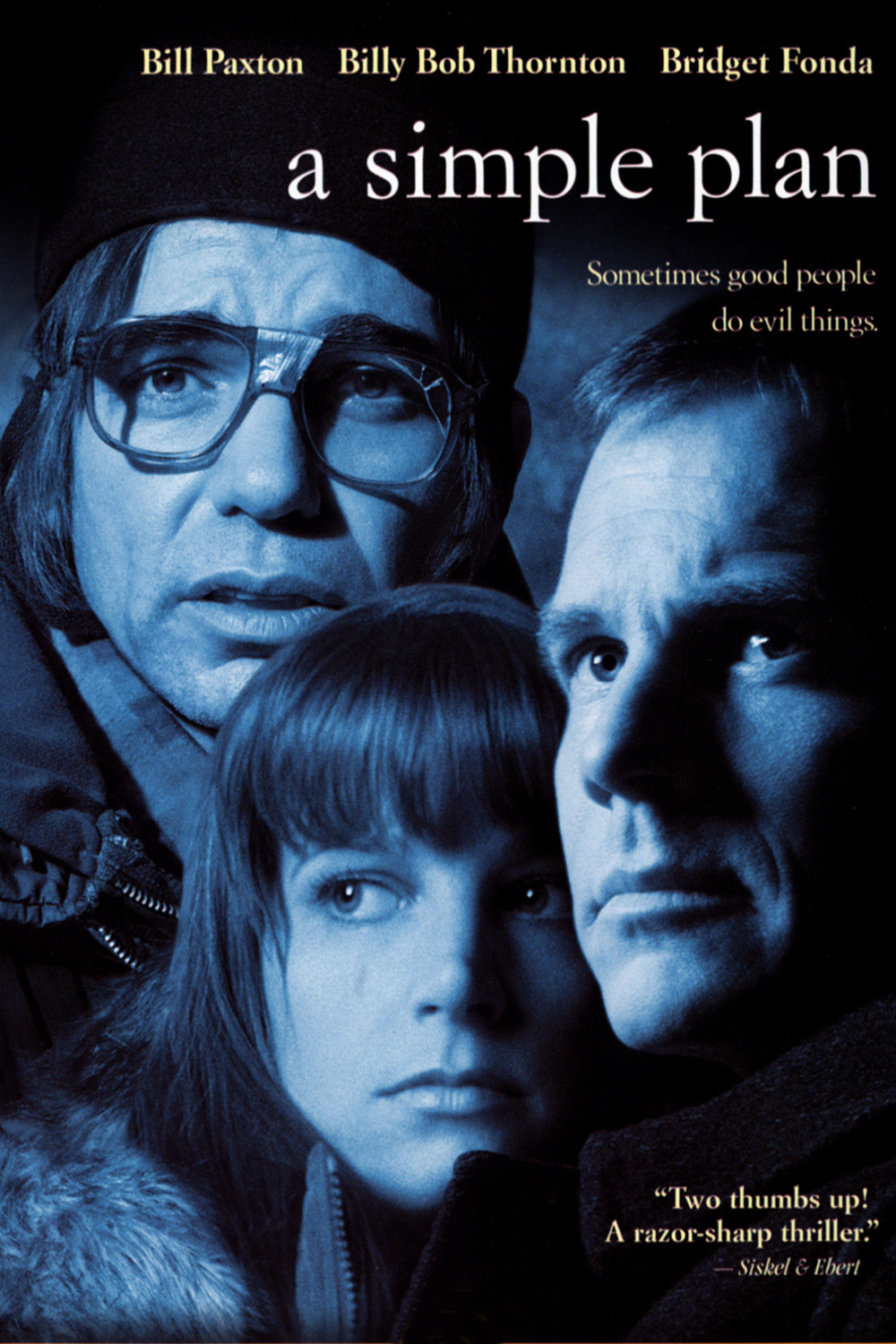 I always like the offbeat.  And when a director is known for the off-beat, I like it when he tries something normal.  Sam Raimi is best known for horror, action and superhero films, but in 1998, he did a detour into serious drama.  A Simple Plan was one of the results.

The title is ironic.  Hank Mitchell (Bill Paxton) is hunting in the woods with his brother Jacob (Billy Bob Thornton) and Jacob's friend Lou (Brent Briscoe) when they stumble upon a crashed airplane.  It's been there for months, as has its cargo -- $4.4 million dollars.

The question is what to do with it.  Hank wants to report it to the authorities, but Jacob and Lou insist they keep it.  Hank gives in, on the condition he holds the money.  That's the simple plan.

But, of course, the plan quickly starts going awry.  The three men have to continually change the plan, making it more complicated and having it turn deadly.  The money -- which the men and Hank's wife Sarah (Bridget Fonda) think is the answer to their problems -- turns out to create new problems at every turn, as actions and emotions spiral out of control.  It's reminiscent of The Treasure of the Sierra Madre, ultimately a tragedy caused by the characters' greed.

The movie got great reviews* and a couple of Oscar nominations, but the box office was mediocre.  Raimi tried one more serious drama -- For the Love of the Game -- before returning to more fantastic subjects, and later hitting it big with Spider-Man.

Great choice. I saw this movie knowing nothing about the plot and was blown away. It's truly a hidden gem.

I hated the book. I mean, it's well written, but it's such a hopeless slog. Like Crime and Punishment without the redemption.

Raimi's flick elides the bleakest part of the book, and also presents a starkly beautiful winter (putting Fargo to shame).

I was surprised at how much I loved For Love of the Game, too. Who would have imagined that Raimi could pull off a sports move/chick flick mashup?

Vastly underrated movie. Deserves a wider audience, so well done for bringing it to the attention of others.

The book was great. No character redemption--because the narrator was beyond it, from the start...