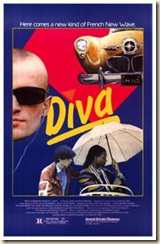 Posted by Chuck Rothman at 8:13 PM

Back when the Nickelodeon Cinema in Kenmore Square was going, the movie had a memorable 6+ month run, along with DINER and MY DINNER WITH ANDRE. But that's Boston in the pre-VCR era....