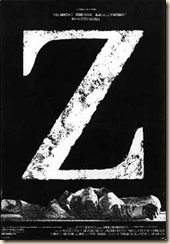 Irene Papas, who starred in the movie Z, made a beautiful LP in the late 1970s of Greek folk songs called Odes that was arranged by Vangelis. The song "Menousis" is one of the most beuatiful songs I have ever heard. The person who wrote many of the lyrics was a friend of Papas named Arianna Stasinopoulou who is better known today as Arianna Huffington.